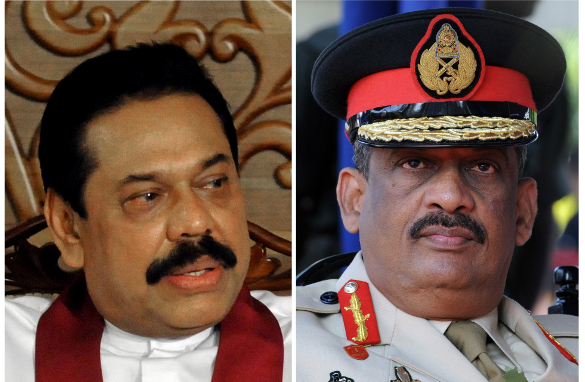 In 2005’s election, a Tamil Tiger call for a boycott was answered by most Tamils. Now in the country’s first peacetime elections in 26 years, Tamils say post-war reconciliation must be at the top of the next president’s agenda. In December, Ahilan Kadirgamar of the Sri Lankan Democracy Forum, told CNN’s Christiane Amanpour about the importance of including the Tamil minority into Sri Lanka’s government. “The political climate has to change in the country.  We can't move on reconciliation unless there is a credible political process, unless there is further resettlement of the people in their own homes.  The political concerns, the economic concerns, all of them have to come together if that community is to feel they're a part of Sri Lanka and that they feel that they are being treated as equal citizens in the country.”

In January, the Tamil National Alliance announced that it would support Fonseka. It was a reflection of how far the party is willing go to unseat President Rajapaksa. Citing human rights abuses, and the inability to achieve national reconciliation, Tamil National Alliance leader Rajavarothayam Sambanthan said his party could not support the country’s current president. "Mahinda Rajapaksa's performance in the last four years is totally unacceptable; we can't allow him to have another term," Sambanthan said at a news conference, adding that the president’s actions have been "detrimental to the preservation of the cultural and linguistic identity of the Tamil speaking people," as he put it.

The United Nations also weighed in this month by deciding that a controversial video tape depicting extra-judicial killings by the Sri Lankan Army, then led by General Fonseka, was genuine.

“The conclusion very clearly is that video tape is authentic,” Philip Alston, the Special Rapporteur on extra-judicial killings, said in a news conference. “The result of this analysis then would seem to point to the need for the government of Sri Lanka to undertake the investigation that I had called for initially,” Alston said. “I call for an independent inquiry to be established to carry out an impartial investigation into war crimes, and other grave violations of humanitarian and human rights law allegedly committed in Sri Lanka.”

With the U.N. now asking for government accountability, and a U.S. report on the need to reexamine Sri Lanka’s strategic importance, it seems the international community will be keeping a close eye on the island nation for a long time. The results of the election are expected Wednesday morning.