A few minutes with Christiane Amanpour 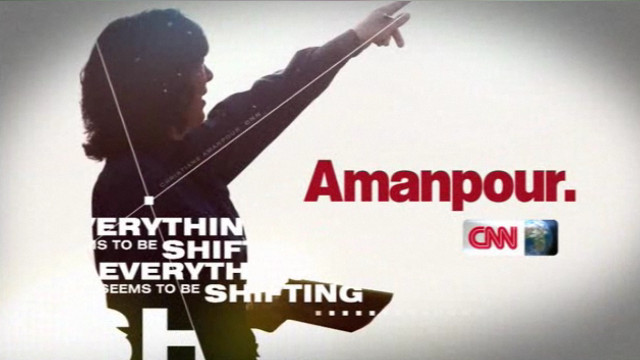 The legendary journalist returns to CNN this April 16 to anchor her signature global affairs program, Amanpour on CNN International.
April 13th, 2012
08:23 AM ET

Q: Why did you come back to CNN?

CA: CNN is family.  CNN is where I’ve been for decades and it is from here that I’ve seen the world change.  CNN has played a role in all the changes that we’ve witnessed over the last three decades, so for me it was a really wonderful opportunity to come back and anchor this new program at a time of incredible, almost unprecedented global change and upheaval.  From East to West, North to South, people are protesting because they want a better future, a better life – and they are demanding that their elected leaders be accountable and responsive to the people.

Q. What type of guests will you interview for Amanpour?

CA: As a major story breaks, you see the same people, day in and day out, interviewed across the world.  On my program, we’re not just going to go to the usual suspects, we’re going to go to people who you may have never seen before, people who are real players, people who can really impact the outcome.

Getting a good interview requires a journalist make certain he or she is well informed.  You must do your homework and research – and you cannot be afraid to be disliked or challenged in the pursuit of the truth.  Persistence is at the heart of the best journalism because obviously many people just don’t want to answer tough questions.  This is what we must do for the people who demand accountability from us.

Q: What are the stories that are now waiting to be told?

CA:  Everything is shifting.  Emblematic of the state of our world right now are the protests of people around the world.  We all used to think of ‘globalization’ in mostly industrial terms, but the social uprisings have been globally inspiring one another as well.  There’s mass unemployment, markets are recovering from the global financial crisis, with governments struggling to tackle economic reform, democracy is trying to make a break for it inside what we thought were immovable dictatorships.  And all of this will keep evolving.  The domino effect of the ‘Arab Spring’ has inspired protests in Russia, China, even in Israel, the United States, and in Europe from Greece to Great Britain.  Things are coming to a real head.  More nations, more people, and younger people are demanding a say in how the world is being run.  And nearly every nation at the center of today’s major stories and conflicts will also have an election within the next 18 months.  That makes everything fascinating – very unpredictable – and it makes information and context even more essential.

One of the most unpredictable and volatile stories right now is what’s going to happen with Iran’s nuclear program.  Will there be a negotiated resolution?  Will there be military action?  If there is a military strike, will there be a retaliation?  How will nations around the world respond?

Q. Has the ‘Arab Spring’ stalled – or, will the democracy movements of North Africa and the Middle East continue to unfold?

CA:  I’ve witnessed many of the revolutions of the ‘Arab Spring.’  I’ve interviewed the dictators and the powerful – as well as the people behind the uprisings who have been waiting for their opportunities at leadership.  But none of this is finished.  The next chapters of these stories matter to every one of us.  We have to keep returning to report what happens next, what the results of the new elections reveal about what the people want in these nascent democracies.  What happens next is vital to international security, energy security, global markets, the way people will go about their daily lives and even earn a living halfway around the world from the centers of the revolutions.  The ‘Arab Spring’ has impacted the internal politics of every major world power.  Things will continue to change – rapidly – and we want to tell the whole story.

Q:  Why are you so passionate about journalism?

CA:  Journalism is a way of life – a mission.  For me it sprung out of the massive upheaval in my own country, Iran, during the 1979 revolution.  Witnessing those times showed me how truly information is power, information is security.  I wanted to become a journalist because I wanted to be a part of ensuring that the truth of events and facts are told – and that power is held accountable to the truth.  Sometimes this is difficult, sometimes it is even dangerous, generally it is unpopular.  My friends and colleagues have lost their lives and been injured putting themselves on the front lines to tell the truth, but that is sometimes what it takes.  Whether it’s a political upheaval, a natural or terrorist disaster, a famine, a tsunami, an earthquake, genocide, a terrible civil war – whenever I cover a story, I strive to gather the facts about what’s going on, report the feelings about how it affects the people impacted, represent the full context of the unfolding story, and offer perspective on why the story matters.

I’m committed to journalism because good journalism makes a difference in all of our societies.  Good journalism is what holds governments and powerful people accountable.  It makes democracies strong – and even the most developed democracies need strong, rigorous, fair, free, and independent journalists.

Q. Finally, what would you ask the new President of China when he comes into power later this year?

CA: If I was to interview the president of China, I would ask him how much of a powerhouse can China become, how long will it take China to be able to meet the demands of its massively growing middle class. But I’d also ask him whether having seen the uprisings all over the world, whether it might be time for China to become more democratic, to have more political freedom – and of course, if he envisions a free press for China.

Leave a Reply to Tracy