Give a child a camera and save the world 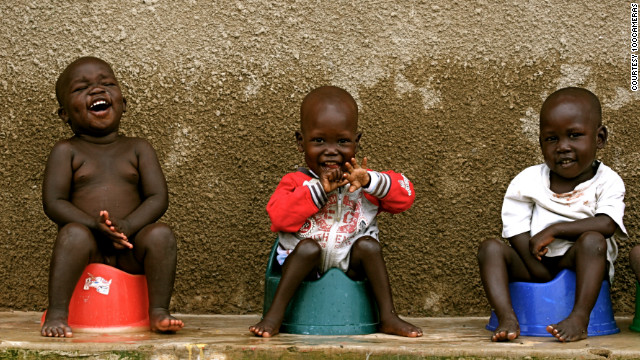 (CNN) - The eyes of a child see things differently than an adult. It's an idea that intrigued four young women in college. "If you could give a child a camera, they could tell a reality in a way that a foreigner, or even an adult, could not," co-founder Angela Francine Bullock says. Several years later, they turned that idea into a way to help children around the world and founded the nonprofit 100cameras.

The concept is simple. 100cameras staff members travel to countries armed with cameras. They partner with a local organization serving children in the community. For the next few weeks, they teach the children how to take photographs. Then they set those children free to capture their world and post the photos online. <<FULL STORY>>

RT @AmanpourCoPBS: "What we’ve seen time and time again from elected and appointed officials is that they are not standing up for Black liv…
camanpour

2:37 pm ET September 25, 2020 RETWEET
Journalist @anjansun: “I think the tragedy for Rwandans today is they’re living now in a dictatorship, and 26 yeatwitter.com/i/web/status/1…WA87Ij
camanpour

2:33 pm ET September 25, 2020 RETWEET
In an extraordinary twist of fate, Paul Rusesabagina, the hero depicted in “Hotel Rwanda”, is now on trial on tertwitter.com/i/web/status/1…ptFxkM
camanpour