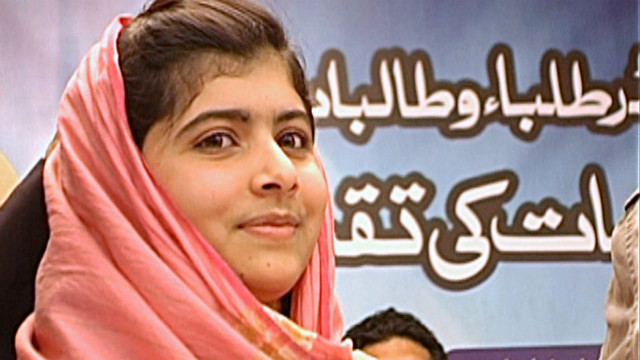 Growing up in a region once dominated by the Islamic extremists, she knew the fear associated with the word Taliban.
One of her fears came to pass Tuesday, when gunmen sought her out and opened fire on her school van, leaving her seriously wounded along with two other classmates.

Although she is now hospitalized in stable condition and "out of immediate danger," a bullet is lodged in Malala's neck and will be difficult to remove, her doctor said. [MORE]