Millions of children face Malala's fight for an education 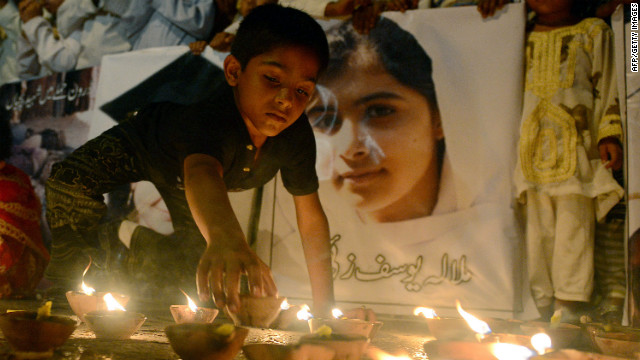 Editor's note: Gordon Brown served as Britain's Prime Minister between 2007 and 2010 after a decade as the country's finance minister, or Chancellor of the Exchequer. In July this year he was appointed as a United Nations Special Envoy on Global Education by Secretary General Ban Ki-moon.

(CNN) - News that a 14-year-old Pakistani girl was gunned down by the Taliban simply because she wanted to go to school has sparked a wave of protests and condemnation across the world.

As she fights for her life in hospital, Malala Yousafzai is being adopted as every child's sister and every parent's daughter.

Wearing "I am Malala" t-shirts, young people in Pakistan are not only challenging the Taliban's brutality and dogma, they're boldly affirming the right of every child to education. [FULL STORY]