The man at the forefront of the Special Relationship 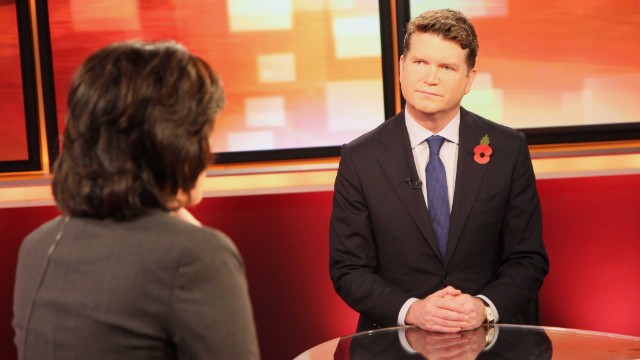 Part 1: The U.S. ambassador in London

Part 2: The U.S. ambassador in London

It’s quite a time to become an American ambassador in Europe.

When Matthew Barzun took up his post as the American Ambassador to the UK, he could hardly have known how quickly he would be thrown in the arena.

Six days into his job, as the British parliament rejected a military intervention in Syria, The Sun newspaper issued a front-page death notice for the so-called Special Relationship between the UK and U.S..

“I got some emails from friends back home, saying, ‘Well done! Six short days and it's over,’” Ambassador Barzun told CNN’s Christiane Amanpour in a wide-ranging interview on Wednesday. “Of course, it's not over; it's as strong and healthy as ever.”

Speculating on the health of the Special Relationship is nothing new, but the rejection of British involvement in a military intervention – and the prospect that America might have to go it alone – seemed to be a low point.

“I think what the world saw in our democracy back home and the democracy here in the UK is spirited public debate about the use of force, and what's in our interest and what's not,” Barzun said. “And I think that's a very healthy thing.”

America was taken off the hook, as it were, when it endorsed a Russian proposal for Syria to disarm itself of chemical weapons, thus temporarily removing the need for the use of force.

The U.S. – and the international community – “got to a good place” on the issue of Syria’s chemical weapons, the ambassador opined.

Ambassador Barzun used the chemical weapons deal, as well as U.S. humanitarian work and efforts to find a political solution in Syria, as evidence to reject the idea that America is pulling back from the international stage.

Syria may have gotten Ambassador Barzun off to a running start, but it has largely fallen to the wayside as outrage over alleged American spying in Europe has risen from a simmer to a boil.

American ambassadors from France to Spain have been “summoned” to meet with their host governments – in the lingua franca of diplomacy, the way to give another country a good scolding.

Barzun, for his part, has not been summoned.

“The United States and the UK have an incredibly close, as you know, intelligence sharing cooperation; and that dates back to World War II, up through the Cold War and continues right up today,” he told Amanpour. “That’s the focus of the conversations I'm having.”

Indeed, he said, “We have real threats out there and our intelligence communities are working really hard to thwart them; and they need to continue to have the tools to be able to do that.”

“He thinks it's really important that we find the right balance between, on the one hand, protecting the security of our citizens and our allies, and at the same time protecting the privacy that Americans and Brits and people all over the world share.”

Barzun praised the “open public debate” that he says has been taken place – a debate sparked by the disclosures themselves.

“Everyone” is engaging, he said, “not only in public formats like we've seen, but also through diplomatic channels.”

Near the top of Barzun’s agenda as ambassador is the negotiation of a free trade agreement between the U.S. and the European Union.

He rejected the idea that those negotiations would be derailed by the spying row.

“It will continue to make progress. We need to make progress. There's too much at stake,” he said. “If you just look at existing trade: the largest trading bloc in the world, and a third of global trade in goods and services. That supports 13 million jobs in Europe and the United States, currently.”

A “big” and “ambitious” deal, he told Amanpour, “could mean more growth, more jobs – and we sorely need those.”

Whether America can maintain its economic supremacy, however, was brought into question earlier this month when Congress forced a shutdown of the U.S. government and raised fears that America could defaulting on its debt.

“This was, to paraphrase Winston Churchill, not our finest hour,” Barzun admitted. “This is not how our democracy back home is supposed to work.”

He tried though to draw a distinction between the recent works of American government with “our normal system.”

By example, Barzun pointed to Obamacare, the U.S. president’s signature legislative achievement currently under the microscope for the disastrous rollout of its website.

“It was thought out in the legislature, and then it went to the top of our judicial system to the Supreme Court, and then we had a presidential election where this was a top issue,” the ambassador said.

All three branches of U.S. government, in other words, played their part.

“It is contentious,” he said. “It’s a bit like American football, I try to explain to my British friends – that it's start and stop, it's adversarial.”