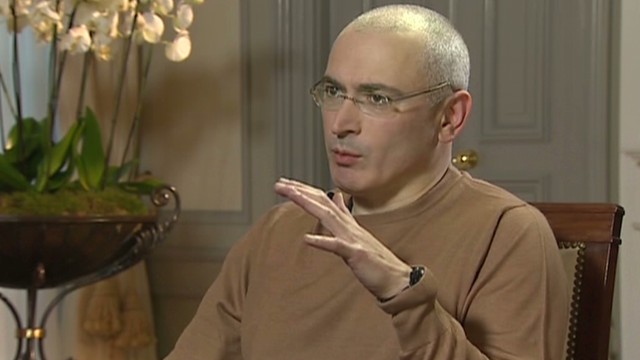 Khodorkovsky not ruling out politics

Mikhail Khodorkovsky: I've got an iPad

(CNN) - For the first time since his release, Russian dissident Mikhail Khodorkovsky is telling the world about the 10 years he spent behind bars as a critic of the Kremlin.

The oil magnate, who backed an opposition party, had been in prison since 2003 and was convicted in 2005 of tax evasion and fraud. He was due for release next year, but President Vladimir Putin signed an amnesty decree for him Friday.

In an exclusive interview with CNN's Christiane Amanpour, the former Yukos oil tycoon said there were no conditions for his release.

"Mr. Putin, on a number of times, publicly said that he was ready to consider the question of my pardoning - but I had to say I was guilty for that," Khodorkovsky said during the interview in Berlin. "That was an unacceptable condition for me."

Leave a Reply to Tarzan