No countries wanted to destroy Syria’s chemical weapons on land, so the U.N. is doing it at sea

In an “unprecedented” situation, Syria’s declared chemical weapons will be destroyed not inside a country, but at sea, Sigrid Kaag, who is overseeing the operation for the U.N. and its chemical weapons body, told CNN’s Christiane Amanpour on Wednesday.

“In an effort to find member states willing to assist in this process and basically lend their territory for the destruction process, no member states stepped forward,” Kaag said.

As a result the U.N. is being forced to do it on board ships, on the high sea, in international territory.

“Yes it’s unique,” she said, “but we are reassured of course by the U.S. and other member states it’s technically very feasible, it’s viable, and otherwise it wouldn’t be happening.”

The Assad regime delivered the first batch of chemical weapons onto a Danish commercial ship on Tuesday, after missing a December 31 deadline. 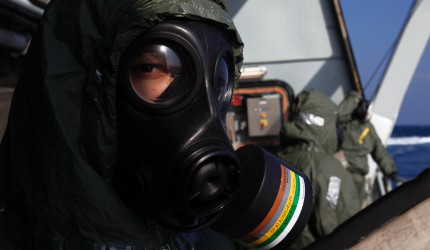 The chemicals left the Syrian port of Latakia today bound for Italy, where they will be transferred to a U.S.-owned cargo ship for destruction at sea.

That U.S. ship, the MV Cape Ray, will arrive in the Mediterranean Sea between the January 23 and 26, she said. 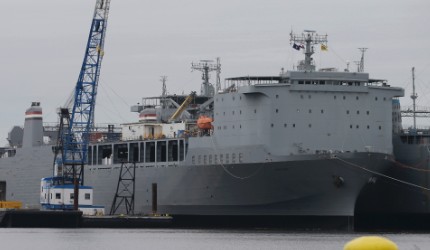 She would not comment on where exactly the destruction would take place.

Despite the initial missed deadline, Kaag expressed confidence that the final deadline is “very viable and realistic.” 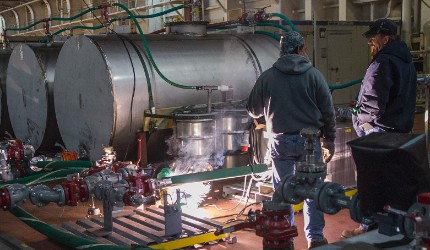 The U.N. Security Council mandated in September that “all chemical weapons material and equipment” be eliminated “in the first half of 2014.”

The only way to know if all the weapons have been destroyed, however, is what Syria voluntarily tells the U.N.

Everyone operates “on the basis of declared facilities and their chemical weapons program,” she said.

“If there are any doubts, if member states [of the U.N.] feel there may be a gap or there may be an omission,” she explained, that country can take their claim to the OPCW or the Security Council.

“To date, no member state has done that.”

Leave a Reply to Aundrea Belnas